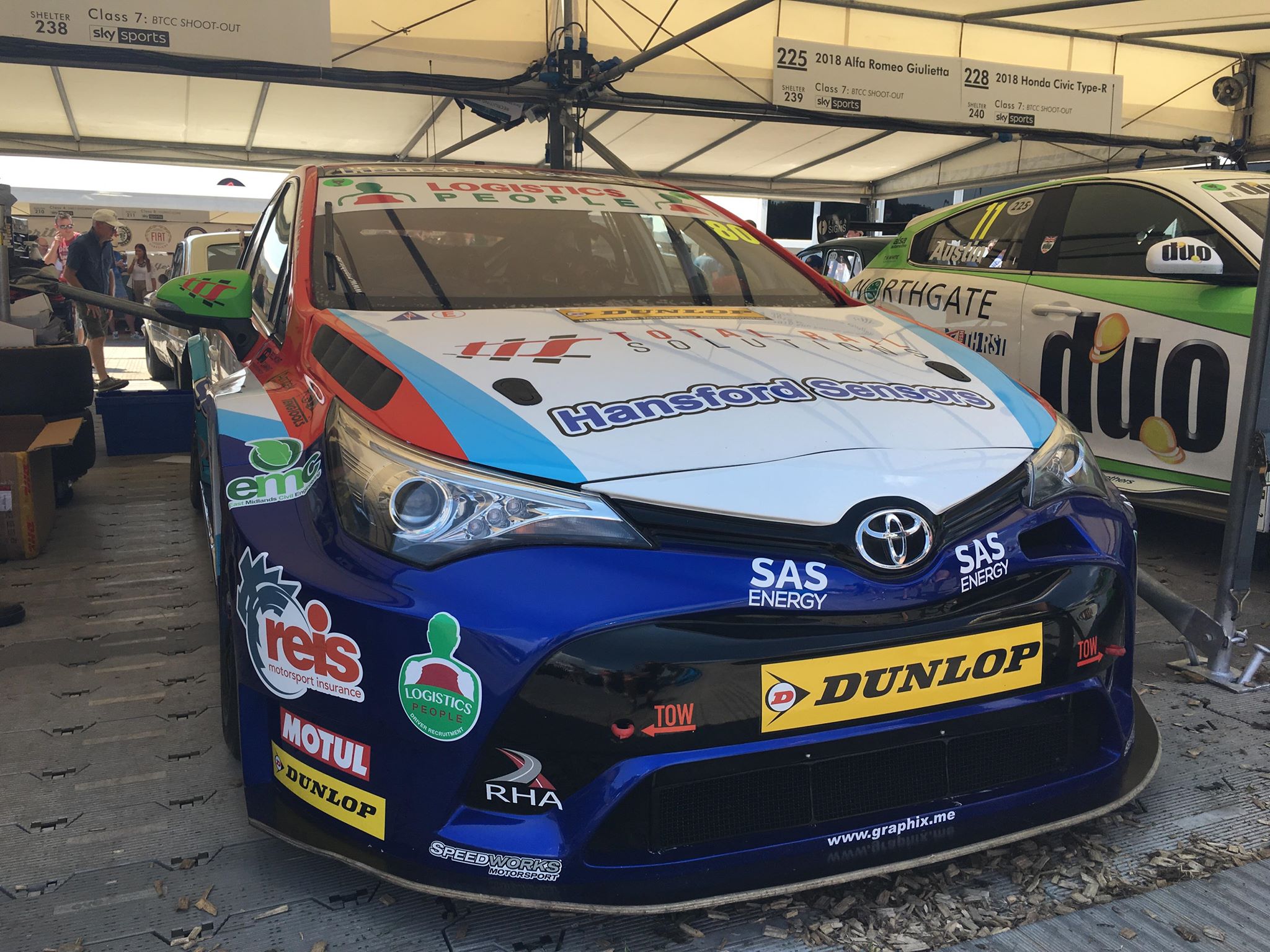 Speedworks Motorsport’s Tom Ingram produced one of his trademark drives through the field to win Round 26 of the 2018 Dunlop MSA British Touring Car Championship at Silverstone.

The Toyota star has previously displayed his fighting spirit with efforts from the back of the grid to the podium at both Rockingham and Knockhill, and this one will also live long in the memory as he blasted from 15th to victory in the blink of an eye. A ballast-free Avensis running of the softer Dunlop SportMaxx tyre compound is often a lethal combination, and so it proved around the 1.64-mile National circuit.

Having already seen off a number of rivals Ingram’s move into second was breathtaking as he passed both Tom Chilton’s Ford and Adam Morgan’s Mercedes in one move. He reeled in Sam Tordoff’s Team GardX Racing with Motorbase Ford Focus and nipped by with relative ease before pulling away to take his third win of the year.

In doing so, Ingram has closed the gap to reigning championship leader Colin Turkington and has ensured that the race for the title will go down to the wire at Brands Hatch in two weeks’ time.

“What a car,” said Ingram. “We said that we were going to have a rocketship before that race. You take the weight out of the thing and it’s pretty special. The calibre of the field in the BTCC is second to none. You can’t think you’ve got anybody beaten with some of the best drivers around on the grid. We know we’ve got a good car and a great bunch of guys behind us but you can just never put it past anybody.

“We had to be strong and come through the field and we needed to do it. We lost points to Colin (Turkington) in the first race because of the hard tyre. We knew we’d lose ground there but that we had to make it back up in race two. The support I’ve had from home and leading up to this has been incredible.”