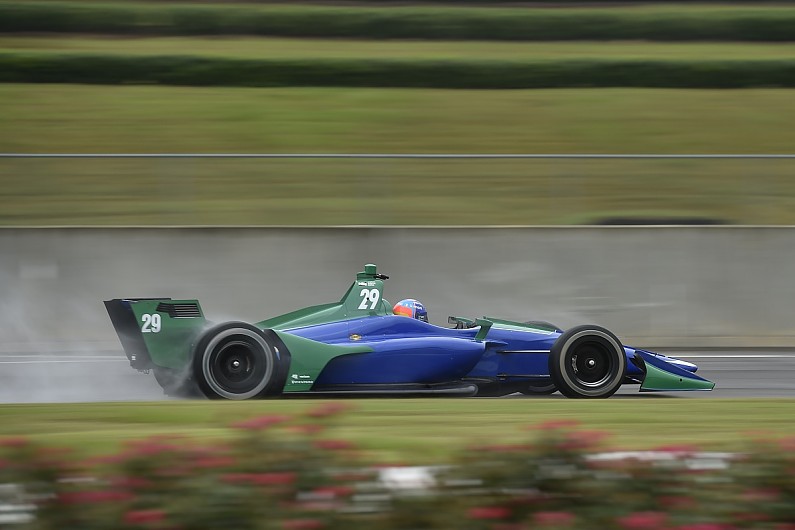 Despite repeated public assurances that Alonso’s acrimonious history with Honda during F1 return with McLaren would have no impact, certain elements of Honda are understood to be against supplying an Alonso-fronted team.

Andretti Autosport is the firm favourite to affiliate with McLaren if it commits to the series full-time, but Alonso’s 2018-spec IndyCar test with the team was conducted without Honda branding (pictured above), though team boss Michael Andretti insisted “Honda has no issues with Alonso”.

Alonso competing in the World Endurance Championship with Honda’s rival Toyota is understood to be a further complication.

Earlier this year, Honda F1 boss Masashi Yamamoto told Autosport a decision would be made by HPD in America, rather than the overall brand.

An HPD spokesperson reiterated to Autosport that “Alonso is one of the premier racing drivers of this generation, and we very much enjoyed working with him at the 2017 Indianapolis 500.

“Having Alonso as a driver would be an obvious benefit for any team or manufacturer.”