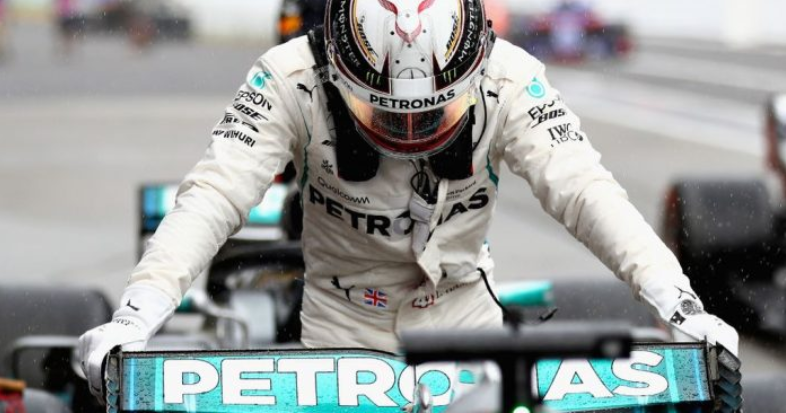 Lewis Hamilton took another step closer to the World title with a comfortable win at the Japanese GP, a race in which Sebastian Vettel clashed with Max Verstappen and all but ended his own title hopes.

Starting from pole position, Hamilton crossed the track to cover Valtteri Bottas who in turn kept Verstappen and Kimi Raikkonen behind him. Vettel was the big mover inside the top ten as, starting P8, he was fourth by the end of lap 1 thanks in part to a great overtake around the outside of Romain Grosjean and contact between Verstappen and Raikkonen.

After a mistake saw him cut the corner, Verstappen forced Raikkonen off the track, leaving the Finn with a damaged SF71H. Verstappen was slapped with a five-second time penalty for ‘not returning to the track safely’.

The Safety Car was out on lap 4 as Kevin Magnussen’s Haas dropped shredded carbon fibre on the track. The Dane’s Haas suffered a rear left puncture when he was hit from behind by Charles Leclerc having made a late move to block the Sauber rookie. Leclerc pitted for a new nose. The incident was investigated with no further action taken. Magnussen retired laps later due to the damage. There was more drama as Marcus Ericsson ran into the back of his Sauber team-mate behind the SC.

The racing resumed on lap 8 with Vettel attacking Verstappen through Spoon. The two made contact with Vettel spinning off the circuit and dropping to P19. His chances of a victory, in the race and the World title, over.