What’s the Goodwood Festival of Speed like from the ground? Pretty incredible, as it turns out. 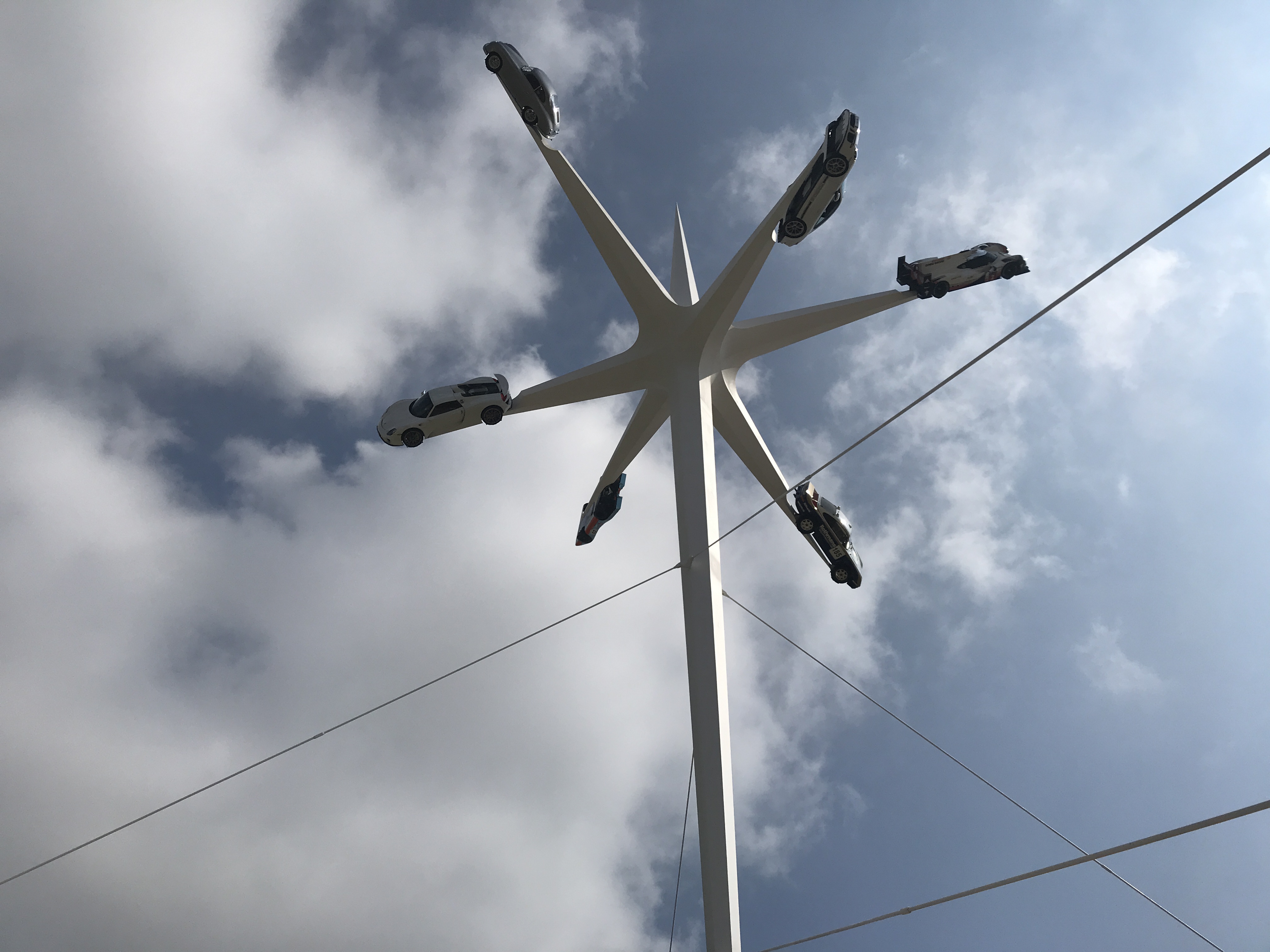 If you have a strong passion for cars and haven’t been to the Goodwood Festival of Speed, what have you been doing?

It’s one of the most celebrated car events in the world, where vehicles with a strong racing history have the chance to race up the Duke of Richmond’s driveway with the stunning Goodwood House as a backdrop, while more than 200,000 people watch on.

You’ll be like a kid in a candy store with a stupid grin on your face, pointing to cars you simply don’t see driving down our average British (or American or European) streets, for that matter.

As Goodwood regulars, we have experienced weather ranging from pouring rain or stinking hot, and the latter was the case this year. At around 26 degrees with the sun beating down, there was enough red skin to make the Ferrari paddock look pale. Brits do a lot of things well, but warm weather isn’t one of them. 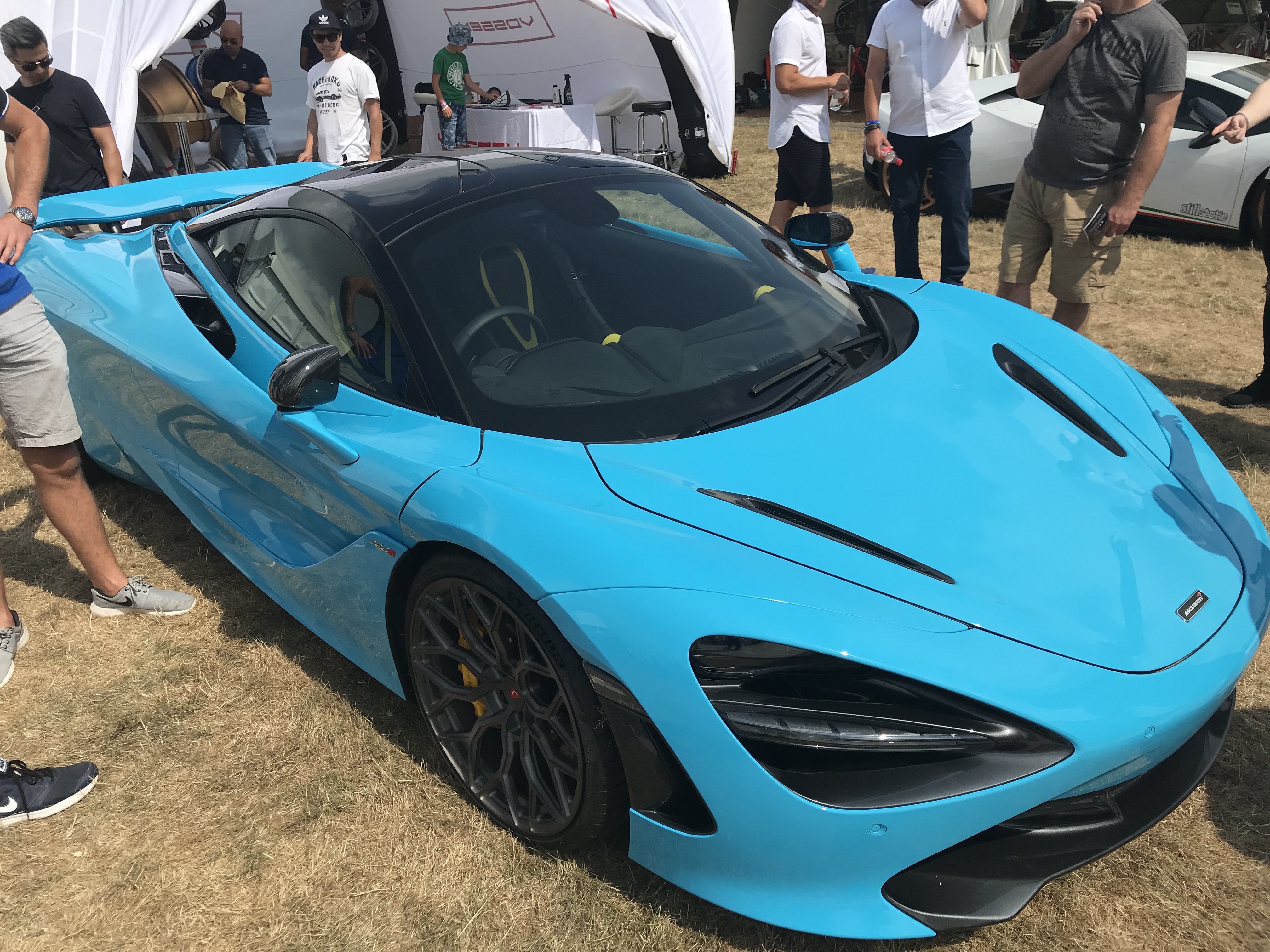 There were many records broken this year. Perhaps most notable was the Volkswagen I.D R (see video below) which completed the climb in 43.05 seconds and took many spectators by surprise, sending them scrambling for their phones as it quietly flew past.

Terry Grant took significantly longer, but his 2:24.5 run was arguably more impressive, teetering up the hill on two wheels in the new Land Rover Sport SVR to break his previous two-wheeled mile record by more than 30 seconds.

He had the crowd mesmerised. Once he passed, everyone was glued to the giant screens in wonder, gasping when he came perilously close to tipping over and cheering as he crossed the finish line.

Another fantastic addition was the iconic 1968 Ford Mustang GT driven by Steve McQueen in Warner Bros. Pictures’ classic film “Bullitt” which was previously thought to have been lost to history

But it made it’s first journey outside the US to appear at the 2018 Goodwood Festival of Speed: 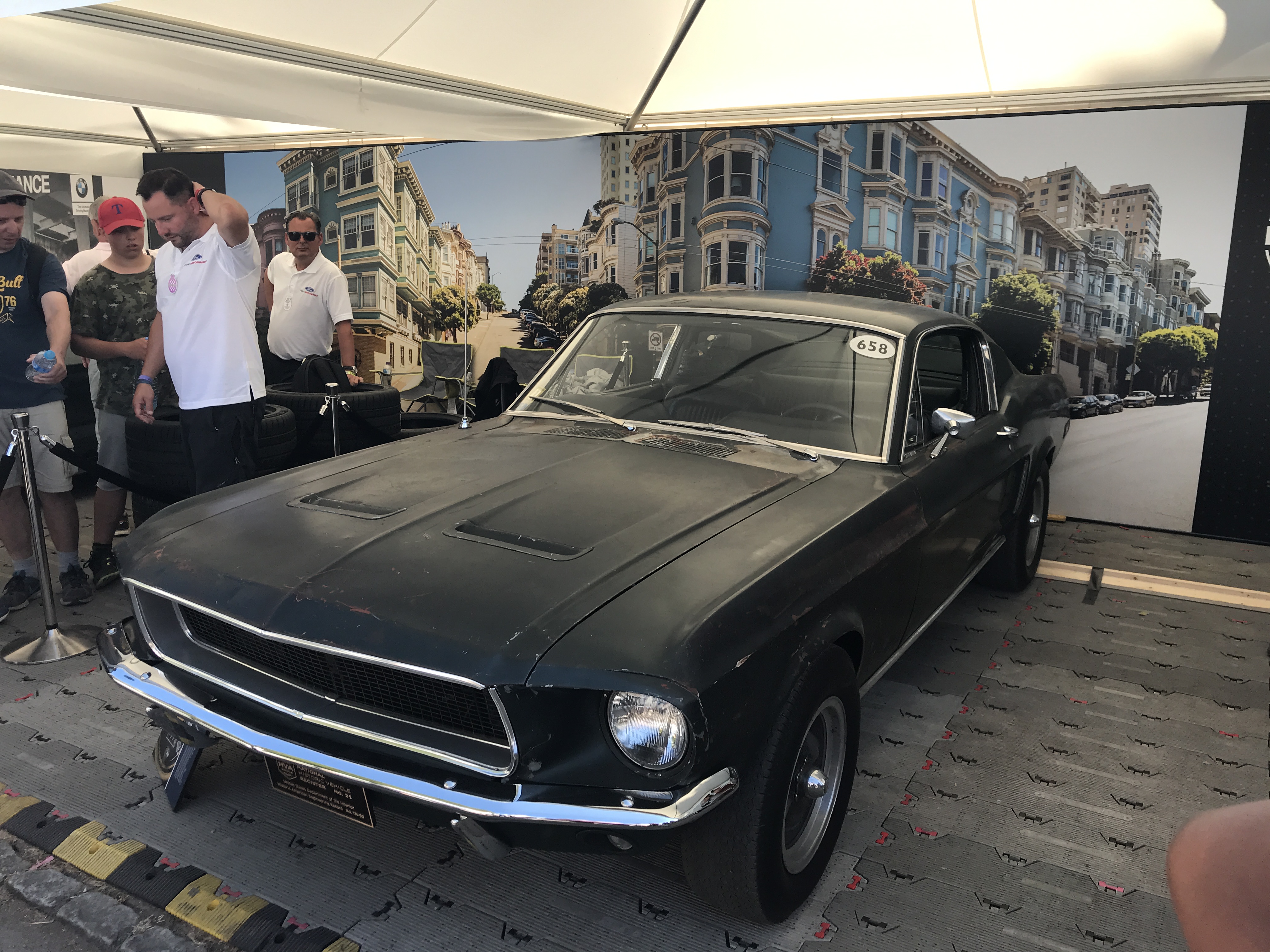 The chase sequence in the 1968 film has been voted the best of its type for all time. It was filmed using the hills in and around San Francisco and the car featured on the famous hill climb.

Appearing alongside it was also the new special edition, Ford Mustang Bullitt, now available to order in Europe and celebrating the 50th anniversary of the classic film.

There was also a real focus on future mobility this year, with a driverless car from Roborace becoming the first autonomous vehicle to complete the hillclimb, and an autonomous car (weirdly, a 1965 Ford Mustang) attempting the task.

Although the Roboracer had a seamless run, the Siemens muscle car had some dramas, wanting to veer right into the wall on its second run.

Away from autonomy, the action hotted up when a Lexus RCF GT3 caught fire (see video below), with driver Scott Pruett escaping unhurt. The cause is still unknown, but Pruett later said he heard something snap in the rear and a strong smell of petrol. Never a good sign…

My driver for the day was my good friend Adam. A fellow petrol-head and massive Porsche enthusiast so he was in seventh-heaven with 2018 being Porsche’s 70th anniversary. 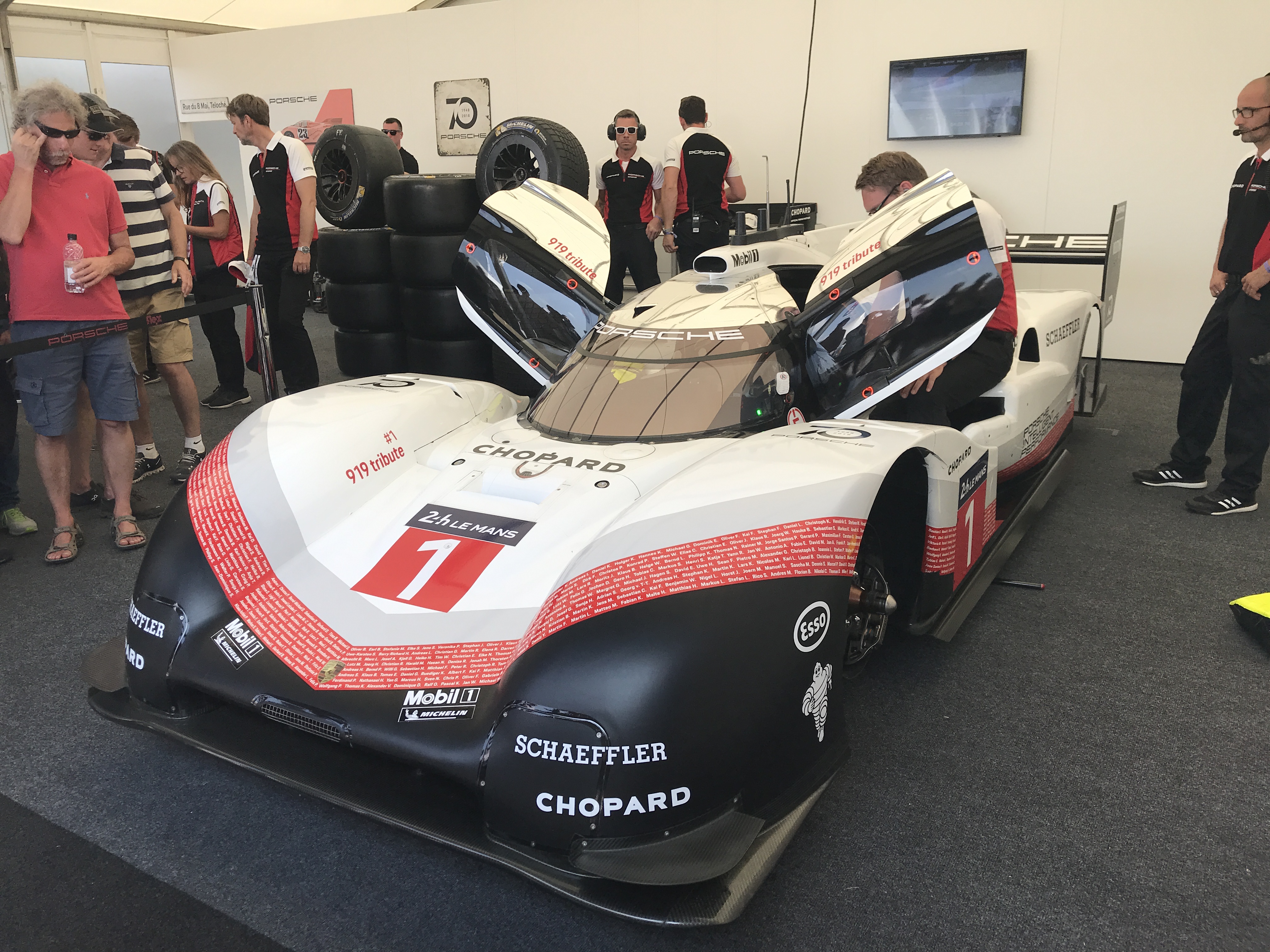 During the afternoon, all the Porsche models at the show parked underneath the incredible Gerry Judah central feature, this year consisting of one single, narrow spine, starting at only 12cm wide on the ground, shooting vertically to explode into seven pointed spindles, on which six iconic Porsches sat dramatically at each end, with the seventh spindle pointing sharply into the sky. Big, brave and original, the 2018 Central Feature embodies both Porsche’s engineering excellence and the speed and dynamism synonymous with the Goodwood Festival of Speed.

Two two giant flags were slowly unfurled down over Goodwood House and fireworks and music filled the air.

It really was something to behold, and I wouldn’t be lying to say a tear of happiness was shed. 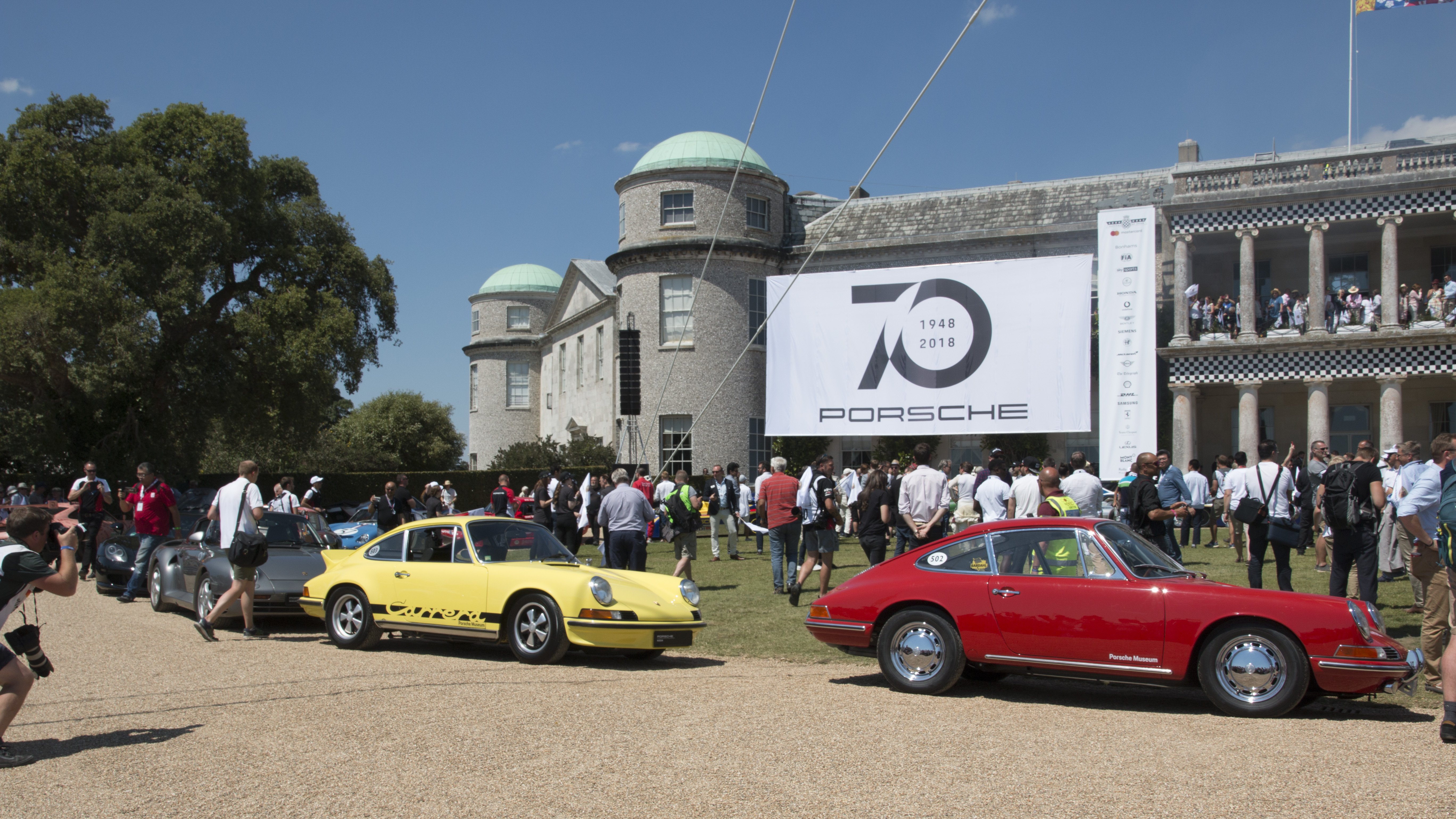 Sure, you can watch the live social media feed or YouTube to your heart’s content, but being there to witness the Goodwood Festival of Speed is the only way to do it.

You’re able to cast your eyes over every curve of a car’s body from every angle, to smell the strong burning rubber or racing fuel, to have the engine sounds fill your ears and vibrate through your body, and to talk to its drivers and mingle with a car-obsessed crowd.

The only problem? Once you go, you’ll want to go back every year.

One thought on “Goodwood Festival of Speed 2018: Touring the grounds”