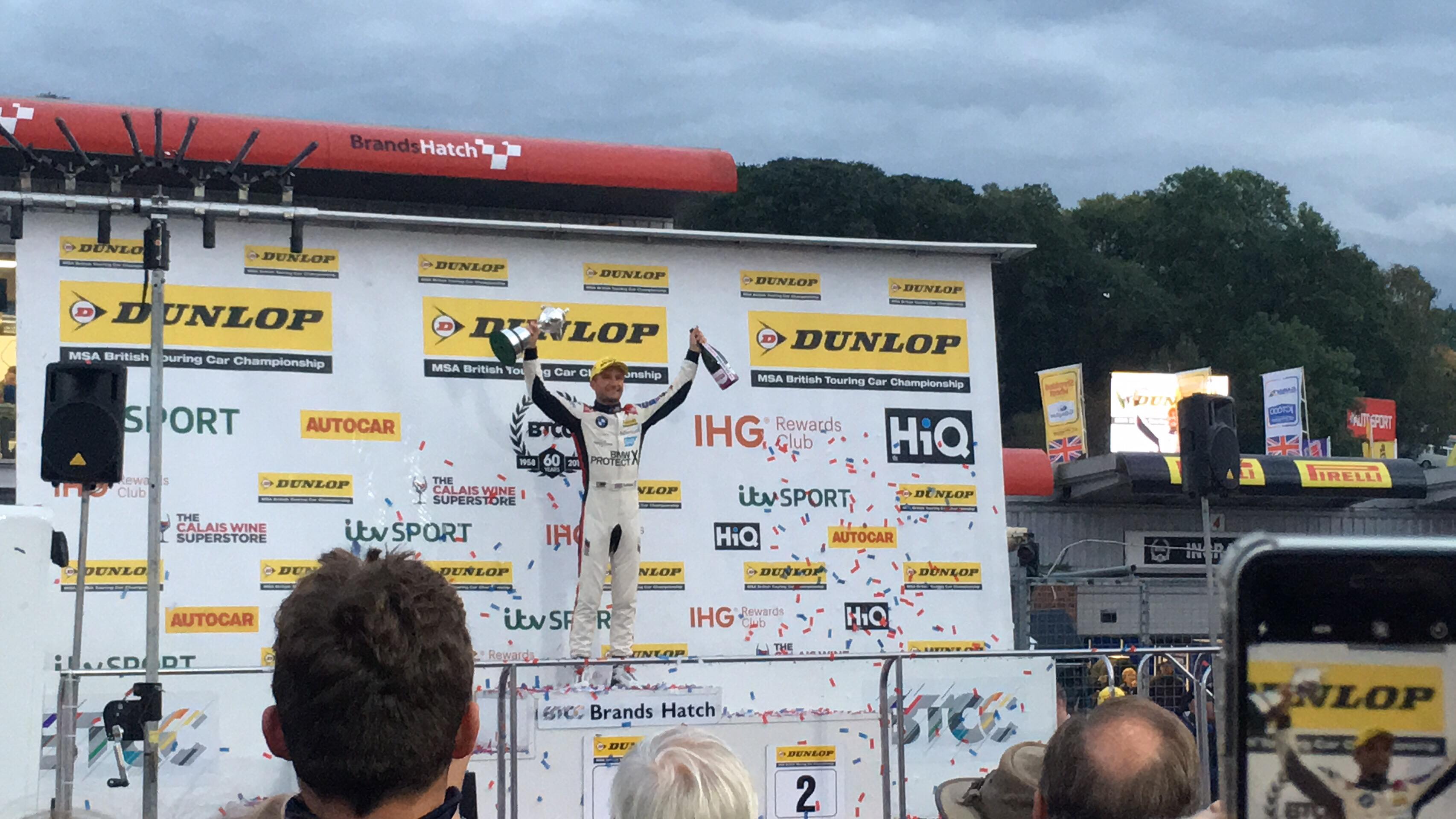 Colin Turkington has secured an emotional third BTCC title despite failing to score in the second race of the weekend at Brands Hatch.

The West Surrey Racing driver finished well down the order after a trip through the gravel mid-way through the race saw him drop to the rear of the field, but main rival Tom Ingram was only able to make his way up to fourth place by the finish.

That left Ingram one position shy of scoring enough points to take the title fight to the season finale, with Turkington instead provisionally securing the championship crown.

Ingram has however defended the Independents title having moved 21 points clear of Tom Chilton with 220 still available.

Success for Turkington came at the end of a difficult year off-track following the death of his mother, with the West Surrey Racing driver understandably emotional once he climbed from his BMW 125i M Sport.

“Racing has kept us focused this season,” he said. “We could come here and forget about what was happening at home and it allowed me to give my family something to smile about. I’m so thankful to have the BTCC as part of my life and it has kept us going and kept us strong. I’m so pleased for my family, for the team and for BMW as this has been the hardest year of our lives.

“I have to say thanks to Andy [Jordan] as well because he fought hard on my behalf in that race [to keep Ingram behind]. It isn’t good to take the title with a bad race but we did the hard work at the start of the season and got a gap in the standings that we’ve then defended. It isn’t ending on a high, but we’ve won.”